This summer has been a lot of fun. As a family, we traveled to Ireland for two weeks. 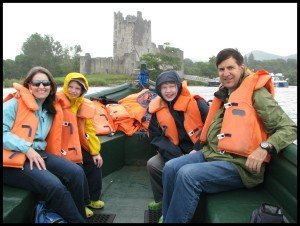 The boys and I also spent two weeks at my parents. Between that and one week of camp, there have been some great learning experiences. But we’ve also had several weeks of downtime.

And as often happens in our house, the boys and I have reverted to our night owl states.

There have been late late nights and late late mornings. Breakfast is often eaten at lunch time. Lunch sometimes get skipped entirely. There is no rhyme or reason to our days. My work and running have been crammed into moments here and there as our lack of schedule has allowed

In fact, I believe we’ve gone a bit feral.

But school is coming. With it comes early mornings and scheduled afternoons. Cello lessons and concerts. Soccer practices and games. After school commitments and homework. Oh, and that job thing? It’s time to get into a routine. 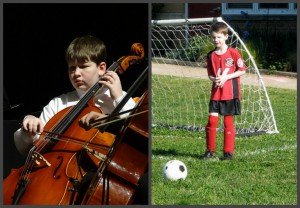 We’ve already gotten back into the evening routine since we returned. Dinner at a specific time when we are all home. Baths/showers after dinner. Reading, math, and cello practice after that.

Next week we’ll slowly start moving back to regular bedtimes and earlier mornings. I’ve found the best way to do this is to make plans for something fun that requires us to be out of the house early. There’s a whole lot less complaining about the early wake up when there’s anticipation of doing something they WANT to do.

As for me? I think it’s time to stop flying by the seat of my pants. I need to set a work schedule and actually follow it. That’s the problem with working in an incredibly flexible, work from home job: it’s too easy to make other things a priority.

A week from now, the kids will be back on schedule and will have adapted to school and regular activities. I’ll probably still be struggling.

How do YOU keep on a schedule when there’s no external constraints?

Erika, MCM Mama Runs, began running to combat postpartum depression. What started as a few times a week, 30 minute commitment soon led to a half marathon and then her first full marathon. 2 full marathons, 34 half marathons, and a ton of other races later, Erika is well on her way to running a race in all 50 states. Join her on her blog where she talks about training and racing while trying to balance work, kids, pets, and her love of craft beer. She can be found on Instagram, Twitter, and Facebook as well.